History of the Jones County Historical Society
The Jones County Historical Society began during informal discussions of the need to preserve the County's Historical sites before they succumbed to the onslaughts of modern requirements and the wearing effects of time. These discussions which took place in the living room of Carol Mattocks and were spearheaded by the leadership of Alta Koonce soon expanded to an active, interested organization.

In 1967, the Society had become chartered as a non-profit organization. About 1970, the Foscue Plantation House just north of Pollocksville on highway 17 and the old jail adjacent to the County Courthouse in Trenton were considered subjects of interest for preservation.

The Foscue Plantation House, built about 1804 was, following the Civil War, one of the few county homes left standing along the route of current highway 17 between New Bern and Wilmington. Doubtless being put into service as a hospital during the Civil War, saved the building from destruction though grave sites of the family were pilfered by Yankee troops. The old jail, thought to be about 105 years old in 1970, had long been out of service and was fast becoming a ruin through neglect. 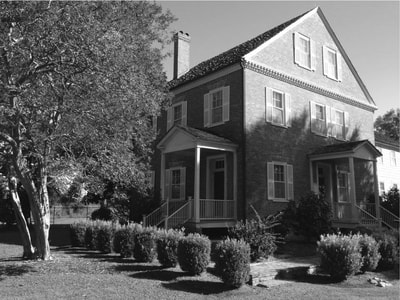 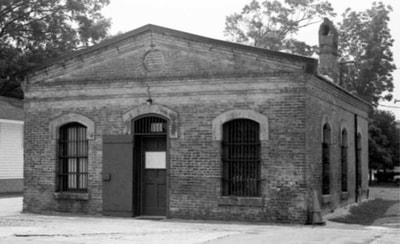 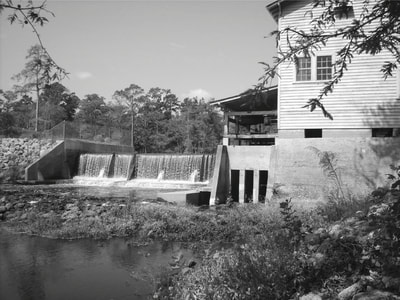 The Historical Society began active efforts toward preserving those buildings. Throughout 1971 and 1972, pleas were made before the County Commissioners to refrain from tearing down the old jail and converting the area to automobile parking as was proposed by the Commissioners.

Resolutions were sent to the State Highway Department asking that body to stop encroaching on Foscue Plantation House grounds. Funding was sought and the assistance of various individuals and agencies organized. For example, local expert carpentry's and masonry's help for the old jail reconstruction was gained through consultation with Bill Adams and Jack Murphy, instructors at Jones Senior High School.

Successful completion of these two major endeavors became evident during the fall of 1976 when the Society met in the newly refurbished Foscue Plantation House. During the meeting it was reported that the County Commissioners wanted use of the freshly renovated old jail building.

The Society under the guidance of Alta Koonce has actively placed eligible county structures on the National Register of Historic Places, including the Waller-Sanderson House, the Barrus-Allen House, the Simmons House, the Foscue Plantation House, Eagle Nest Farm, the Brock Mill Pond, and Grace Episcopal Church. Markers for these and other local sites have been made available through the Society.

The Society actively protects the beauty and character of the county. For example, years ago, plans to widen highway 58 included cutting large, old trees near Brock Mill Pond, in Trenton. Society objection saved the trees and the character of that site.

The Society has scheduled meetings during which ideas and efforts are sought from interested Jones County people to aid in the preservation of the culture and past of the area.
​
Source:  “History of the Jones County Historical Society,” Untitled & Undated Manuscript, pages 177 and 178, possibly written by Mrs. Alta A. Koonce, edited by Mr. Charley C. Jones (2017).
About
Top of Page